Buster was bred by us and he is our fourth generation. We have waited over 10 years to produce our own stud and Buster comes from over a decade of selective breeding of our own breeding program.

Although Buster is a Classic type he does have some Johnson traits in looks. He is a big boy who stands at 26 inches, weighs 50kg plus. Buster has plenty of size, bone & muscle. He is a clean breather, has good conformation, and a good guard dog. Buster is a great family dog, very affectionate, loyal, and has an easy going/carefree temperament. 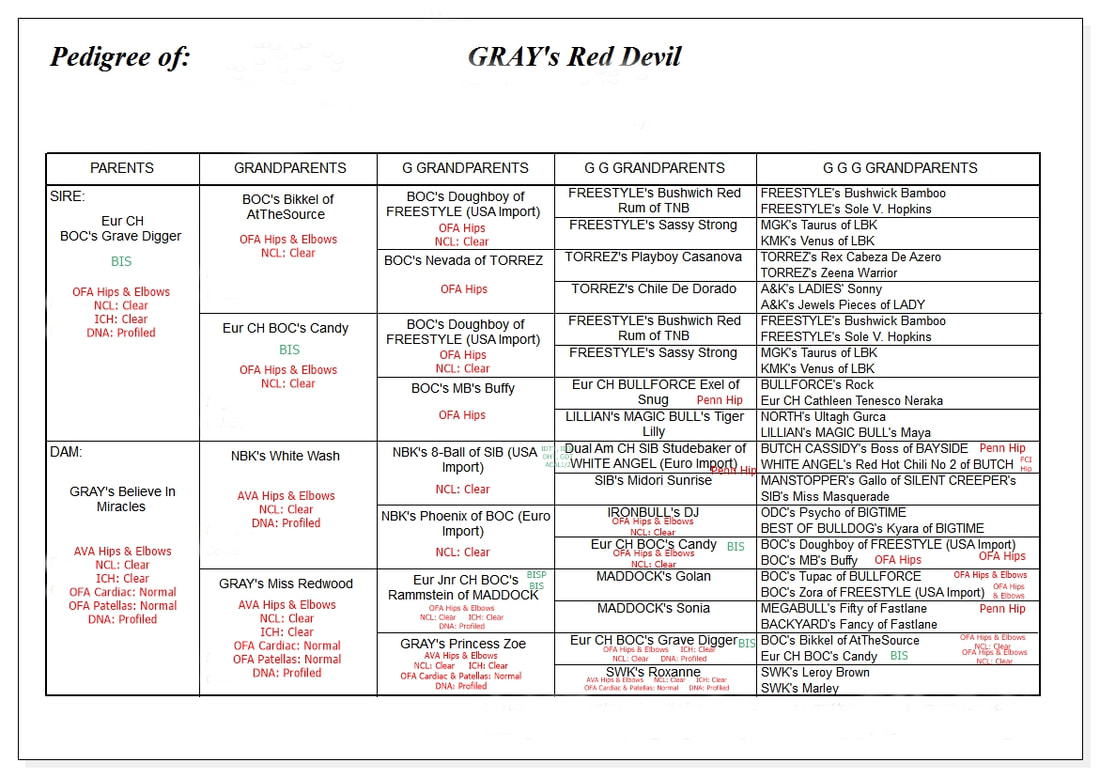 BIS - Best In Show
The dog defeats all dogs that competed in the conformation show.
BISP - Best In Show Puppy
The puppy defeats all dogs in "puppy" class (6-12 months) that competed in the conformation show.
BST - Breed Suitability Test
This test is an evaluation of a dog's temperament, conformation, character, and working ability.
Only qualified dogs are eligible and pre-requisites must be met.
This test is modeled on the Breed Standard and it is designed to select dogs that are worthy of being bred.
CAL1 - Certificate of Aptitude to Work
In order to be awarded the dogs must be subjected, with favourable outcome, to the following 3 exercises; Behaviour towards friendly strangers, Indifference to firearms noise, Defense of the handler.
CD1 - Companion Dog
In order to be awarded the dog must score at least 170 / 200 points, must pass all exercises in the test, and must do so under 3 separate judges at 3 separate shows. The 6 exercises in obedience are; Heel on Leash & Figure 8, Stand for Examination, Heel Free, Recall, Long Sit, Long Down.
CGC - Canine Good Citizen
In order to be awarded the dog must be subjected, with favourable outcome, to the following 10 exercises; Accepting a Friendly Stranger, Sitting Politely for Petting, Appearance & Grooming, Out For a Walk (Loose Lead), Walking Through a Crowd, Sit & Down on Command & Staying In Place, Coming When Called, Reaction to Another Dog, Reaction to Distraction, Supervised Separation.
DHT - Defense of Handler Temperament
This title allows your dog to participate in the Triathlon & Pentathlon for up-to six months, after the allowed time frame you MUST obtain a GDT in order to continue to compete.
GDT - Guard Dog Temperament
This title allows your dog to participate in the Triathlon or Pentathlon if you do not already have a recognized sport protection title.
IDT3 - Irondog Triathlon
This title means your dog has completed an Irondog Triathlon.
IDT5 - Irondog Pentathlon
This title means your dog has completed an Irondog Pentathlon.
Irondog Ranking System
Your dog is considered a RANKED Irondog if it finishes first, second or third in a trial consisting of FIVE or more dogs (5 dogs MUST complete the ENTIRE Triathlon / Pentathlon), The Ranking system is designed to help make breed selections. RANKED ID3 and RANKED ID5 are different titles than the non-ranked ID3 & ID5.
IWPA - Medalist
International Weight Pull Association Championships are held at the end of the pull season and located in USA or Canada. During the pull season IWPA members compete their dogs within their region for points earned based on placings at a pull. Within their region points are added together at the end of the season to determine the placings for regional medals - gold, silver, bronze. These regional medalists, along with 4th and 5th place dogs are invited to attend the International Championships to compete with other regional medalists to win the title "International Champion".
APA - Medalist
American Pulling Association is an organisation that holds weight pull competitions across USA. Other weight pull organisations in the USA include United Kennel Club (UKC) and International Weight Pull Association (IWPA). Although the rules differ from group to group, the general idea is the same in each venue. A dog, wearing a specially-designed harness, pulls a weighted vehicle a distance of 16 feet in 60 secs or less. Dogs earn qualifying scores, champion points, and other awards based on the percentage of their body weight that they pull.
UWPCHX
United Weight Pull Champion Excellent - UKC weight pull title.
PH - Police Dog
This means your dog is qualified and certified for active service in the Police Force, Military, Customs etc. The PH 1 is so difficult and the exercises are so demanding that a dog is typically 3 1/2 years or older before entered into PH 1 examination.
SCH I  II  III - Schutzhund
Training tests that originated in Germany, are geared to identify the suitability of dogs to work in stamina & endurance, agility, temperament & nerves, courage, intelligence, handler loyalty, and desire to work.
There are multiple levels of titles in obedience, tracking, and protection.
WPD - Working Pack Dog
This title involves the dog carrying a backpack with an initial weight equal to 25% of body weight. A minimum of at least two pack hike are required. The pack hikes must be completed on natural terrain such as cross country, hiking trails, or backcountry hikes (one night stay in wilderness). The dog must travel a total distance of 64km (40 miles) with each trip a minimum of 16km (10 miles). 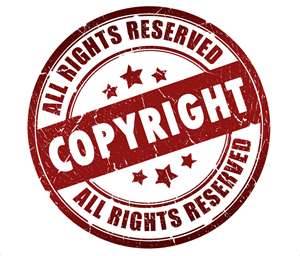